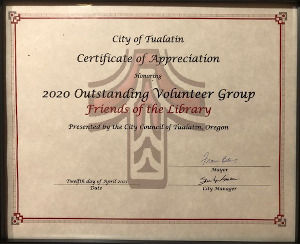 At the April 12th Tualatin City Council meeting, the Friends of the Tualatin Public Library organization was recognized as one of Tualatin’s Outstanding Volunteer Groups of 2020. Friends President Laura Baker had this to say:

“It was a tough and challenging year on so many levels, one in which many Friends’ groups around the country were understandably not able to operate at all. During lockdown we kept a low profile as required but eventually, our creative, energetic group of volunteers came up with safe ideas that we were able to implement with the support of library staff. I’m humbled by the honor but it’s well deserved by our group.”

Library Volunteer Coordinator Margaret Gunther sums up our year pretty well: “Seriously, in the year that was 2020, we watched the Friends respond to this crisis like the pros you are. Can’t sell books in the Library? You kept selling them on Amazon. Can’t have seasonal sales in the Library? No matter, you came up with Bag o’ Books and still funded our Tween Readers program! And that’s just the stuff I know about, I’m sure there was so much more going on behind the scenes.”

Friends volunteers were also well represented in the City’s list of Adult Outstanding Volunteers with our own Dee and Don Sitko and Kay Kendall receiving special mention. 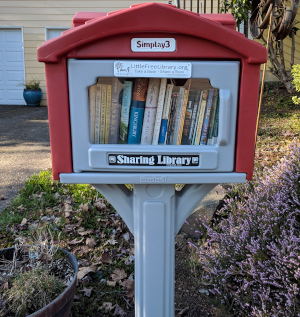 The Friends of the Tualatin Library have extra inventory of books and would like to support Little Free Libraries in our community.

We are offering up to two bags of books at no charge to host/owners of Little Free Libraries in Tualatin and Durham to stock their libraries.

The material is primarily fiction and a mix of adult and kids books.

The bags can be picked up at the Tualatin Library by appointment only during lobby hours (11 am-5 pm) beginning the week of March 22. Please call the library at 503-691-3074 to schedule a pick up. 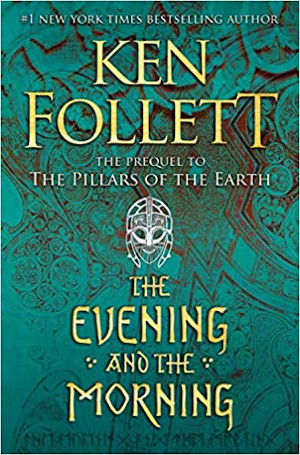 “Follett is a powerful storyteller who is incredibly skilled at holding the reader’s attention and he definitely doesn’t disappoint in this story.” –Laura

Ken Follett became well known in the 1970s as a thriller writer with a string of international bestsellers, beginning with Eye of the Needle in 1978. His reputation as a thriller writer changed dramatically in 1989 with the publication of The Pillars of the Earth, a thousand-page historical epic focused on the decades-long construction of a cathedral in medieval England. The novel was an immense success and the first of three that described the gradual creation of the English town of Kingsbridge and the many people who played significant roles in its development.

The latest installment in the Kingsbridge series is The Evening and the Morning (September 2020, Viking), which is a prequel to The Pillars of the Earth. Set in the Dark Ages in England, it begins in 997 and ends 10 years later. It follows the adventures and struggles of a diverse set of characters in alternating story lines.

The novel begins with a Viking raid on the coastal town where the protagonist, Edgar, lives with his family. The raid results in the death of young Edgar’s true love and forces his family to move to Dreng’s Ferry, a small and insignificant hamlet where he begins to develop skill as a builder. Edgar meets and allies himself with Brother Aldred, a monk at the nearby priory, and together they overcome continuing obstacles to transform Dreng’s Ferry into a center of spiritual learning and commerce. Edgar eventually builds the bridge that gives the town its purpose and new name.

The other main story line involves Lady Ragna of Cherbourg, a French noblewoman who moves to England after her marriage to Wilfwulf, a local ealdorman. Her disastrous marriage brings her to the attention of the novel’s central villain, Wilfwulf’s brother Wynstan, a corrupt bishop obsessed with power and wealth. Wynstan stands between Edgar and Brother Aldred and their larger plans for the community, as well as between Edgar and Ragna and their relationship.

The Evening and the Morning continues to expand the story of the building of a civilization with its laws, structures and beliefs. The characters are memorable, the pace is swift, the story plenty absorbing with something dramatic happening in almost every chapter. Follett is a powerful storyteller who is incredibly skilled at holding the reader’s attention and he definitely doesn’t disappoint in this story. I was riveted by the action in the first chapter and remained so until the very last page. I hope this won’t be the last installment in the Kingsbridge series.

The Evening and the Morning is available from WCCLS in hardcover, e-book, downloadable audiobook, audiobook CD, and even Large Print! 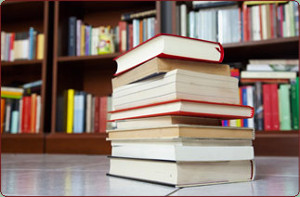 On Tuesday, the Friends held our annual meeting where we reviewed our business activities for last year and planned for this year. We’d like to share some of our accomplishments from last year with you.

Big thanks to all who donated books, purchased bags of books, shopped our Amazon store, or joined the Friends.

AN UPDATE ON 11/13/2020…
THE FALL BAG O’BOOKS SALE HAS COME TO AN END. THANK YOU…
…TO ALL OF THE TUALATIN LIBRARY SUPPORTERS WHO BOUGHT BAGS OF BOOKS AND DVDs. WE HOPE YOU ENJOY THEM.
…AND TO OUR VOLUNTEERS WHO MADE IT HAPPEN.

Our normal bookselling operations are still closed, but the Friends are introducing another way to buy used books and DVDs. You can now order DVDs and books by the bag and pick them up at the library on Wednesdays from 10-11am or Saturdays from 10am-12pm outside the Community Room doors on the plaza.

Each bag holds an assortment of books or DVDs in a particular genre. Selection is random as we are not able to provide specific titles—that’s half the fun! Cost: $5.00 per bag.

The number of titles in each bag varies by genre. Here are the genres that are currently available:

Friends of Tualatin Library Bimonthly Meeting
The Board meets bimonthly by videoconference.

You can Join the Friends, renew your membership, or make a donation on our Join, Renew, Donate page. PayPal and major credit cards are accepted.

If you shop at Fred Meyer, please consider signing up for their Community Rewards Program and link your rewards card to Friends of the Tualatin Library.

AmazonSmile offers a way to support the Friends every time you shop online at Amazon.com. There is no additional cost to you. To participate, you name the Friends as your designated nonprofit and then shop through the AmazonSmile portal.

Friends of Tualatin Library publishes a quarterly email newsletter distributed by MailChimp. We invite you to read back issues and/or subscribe to future issues.

Find the library with Google Maps

You’ll find all kinds of interesting and fun information about the Friends and about the Tualatin Public library on our Facebook page. Please “like” us on Facebook and join in the fun. 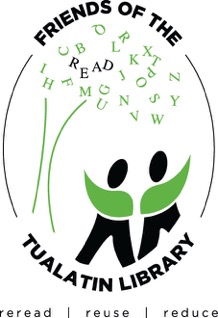